This is the first book I ever wrote start to finish.

And it was awful!

What? Not the sale's pitch you expected?

I'm being brutally honest. The first version of this story stunk--full of telling phrases and cliches. I had to put it on the back burner, let it gather proverbial dust and move on to publish ten books before I could revisit this manuscript. When I finally did, the experience was heart-wrenching. None of the words in the original manuscript were salvageable.

But thankfully, the story was. I rewrote the whole book (obviously) from scratch, because this story wouldn't leave me alone. Now, I finally have the chance to share it with you using words that will do it justice.

So with out further build-up...I present to you: 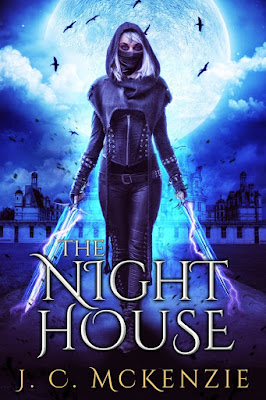 What would you pay for your freedom?

Caught by a powerful lord from the alternate realm of Arkavia, Taya’s offered the chance to avenge the dead, save her home world, and win her freedom.

Her days of stealing supplies and surviving among the remnants of Earth are over, but can she afford the price of Lord Thane’s deal? 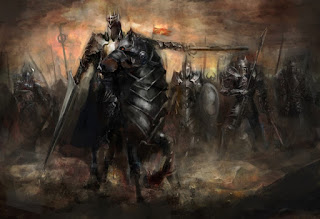 
The Tarka held perfectly still, gray gaze flashing, white-blond hair shining under the setting sun. He looked like a warrior angel sent to Earth to smite the pest-like humans.
She clutched her staff and brought it up with numb fingers.
He raised a dark eyebrow. “You plan to fight me with a stick?”
“I can hand it over and tell you what to do with it, if you promise to follow directions.” She moved the stick slowly. Not fast enough to give away her skill, but enough to warm her wrists and get blood flowing back into her limbs.
“I’ll take option number one, thank you,” he said.
“Fine with me. I’d prefer anything to becoming your next sacrifice.” They’d never confirmed the Arkavians were responsible for the bloody sacrifice they’d stumbled on, but no crazy magical beasts had roamed the forest since the portal opened, so they made an assumption. She glanced behind her at the trees and George’s exposed foot. What the hell had the Tarka done to him?
“He’s incapacitated. You won’t find any help from him.”
Taya snarled while her mind raced. The man hadn’t used any magic yet. Maybe he didn’t have any. Maybe only some of the blondes had power. Could she outrun him? She wasn’t fast, but he was bulky with muscle, and wore lightweight armour and a heavy cloak to stave off the damp cold.
Where would she run to? She couldn’t lead him to the others, and she couldn’t survive long in the woods without supplies.
The man cocked his head, studying her and probably reading every thought screaming through her head. “Sacrifice? Exactly what kind of fantasies have your kind concocted about us?”
“I would hardly call them fantasies.”
“What would you call them, then?”
“Nightmares.” Duh.
He nodded. “Is this where you tell me my evil ways are done?”
“I’m not sure. Is this where you make some grand speech about ridding the world of my kind or do you plan to preach about the superiority of your race and how you deserve to leach off our planet?”
“I’m waiting for you to finish warming up so we can get on with it.”
She fumbled and almost dropped the staff. 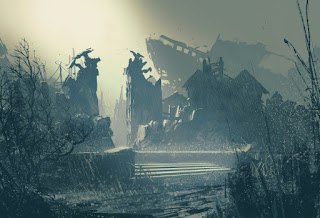 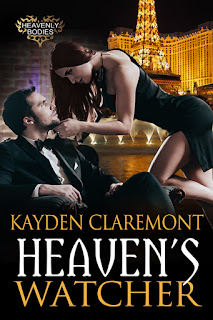 Hi, I’m Kayden Claremont and I write paranormal erotic romance.  I’ve been asked why I write paranormal romance and the answer is a long one. I’m a science nerd. I wasn’t especially good at science in school, but I find it interesting. Most of my books feature a Nephilim, a being that is half angel and half human. They are in the bible, but were supposed to be destroyed by the big flood. But—here’s the writing brain kicking in—what if some survived? The premise of my stories are Nephilim are here helping us and they fall in love with the human they are trying to protect. Why did I say trying to protect? I write kick-ass heroines who don’t need protecting. My latest release, Heaven’s Watcher has these types of characters and is set in Las Vegas. Leather-wearing, motorcycle riding PI Heaven Vaughan is working undercover in a Las Vegas casino for the DA. She must find the evidence to convict the casino boss of ordering her brother killed, but the tall, dark, sex-on-a-stick head
Read more

Say what?!? The Ta-Ta Towel is exactly what it sounds like...a towel for your ta-tas! You know... your chest pillows, the girls, rack, jugs, knockers, bongos, double lattes, sweater stretchers, twin peaks, my personal favourite chesticles...or, simply put, your breasts. (Source: https://tatatowels.com) Now that you know what they are, you're probably jumping to the next common question surrounding this product. WHY? Founder and creator, Erin Robertson explains the inspiration behind her product: I was living in Los Angeles and getting ready to go out on a first date. As I got out of the shower and started getting ready, I could not stop sweating — not because I was about to go on a first date, but because my tiny A/C unit was broken AND it was the beginning of summer. I had a lot working against me. I tried everything: I tucked wash cloths under my breasts, I tried dumping baby powder all over me, I even put a t-shirt on and tucked it under my boobs. But the wash cl
Read more