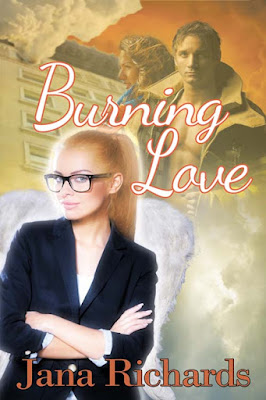 After causing three cooking fires in her apartment, Iris Jensen finds herself evicted and homeless. She lands on Riley Benson's doorstep, looking to rent a room in the beautiful old home he's restoring. It's only for six weeks until Iris leaves Portland, Oregon for her new job on a cruise ship. Firefighter Riley knows firsthand what a bad tenant she can be. But he needs money to finish the work on the house he loves. And something about Iris pulls at his heart…

Meanwhile, in Heaven, two angels watch over the young lovers. Angelica and Hildegard work in Heaven's Relationship Division, where angels match mortals with their soul mates. The angels believe so strongly in Iris and Riley’s love that they break Heaven's rules to help them. Can the angels convince them their love will last a lifetime?

Excerpt:
Riley looked into her beautiful blue eyes and her smiling face and did the only thing he was capable of doing at the moment.
He kissed her.
Maybe later, he told himself, when sanity returned, he’d think of a hundred reasons why pulling Iris into his arms, holding her snug against his body, and plundering her soft, sweet mouth was not a good idea. But for now, right now, as she wound her arms around his neck and made tiny sounds of excitement deep in her throat, it felt exactly right.
Heaven. Having Iris in his corner made him believe everything was possible.
He stepped backward toward the stairs, pulling Iris with him, intent on taking her upstairs to his room. He suddenly tripped, nearly losing his balance. He glanced behind him and saw the object he’d stumbled over. A set of luggage sat next to the stairs, still bearing tags from the retailer.
“What the hell is this?”
Iris kissed his neck. “I’m sorry. I should have taken them up to my room.”
Iris had bought new luggage for her trip. Her plans hadn’t changed.
She’s leaving me.
The thought acted as effectively as a bucket of cold water tossed over his head. What was he doing? She was leaving in three weeks and didn’t plan to return. The calendar in the kitchen reminded him of that every day. Why start something that would only lead to heartache?
He’d already lost too many people in his life.
And Riley instinctively knew that if he let himself get close to Iris, let himself love her, a part of him would not survive when she left. 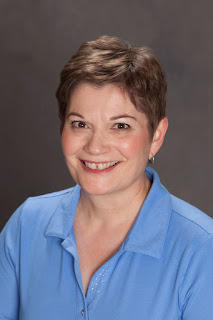 When Jana Richards read her first romance novel, she immediately knew two things: she had to commit the stories running through her head to paper, and they had to end with a happily ever after. She also knew she’d found what she was meant to do. Since then she’s never met a romance genre she didn’t like. She writes contemporary romance, romantic suspense, and historical romance set in World War Two, in lengths ranging from short story to full length novel. Just for fun, she throws in generous helpings of humor, and the occasional dash of the paranormal. Her paranormal romantic suspense “Seeing Things” was a 2008 EPPIE finalist.

In her life away from writing, Jana is an accountant/admin assistant, a mother to two grown daughters, and a wife to her husband Warren. She enjoys golf, yoga, movies, concerts, travel and reading, not necessarily in that order. She and her husband live in Winnipeg, Canada with an elderly Pug/Terrier named cross Lou. She loves to hear from readers and can be reached through her website at www.janarichards.com 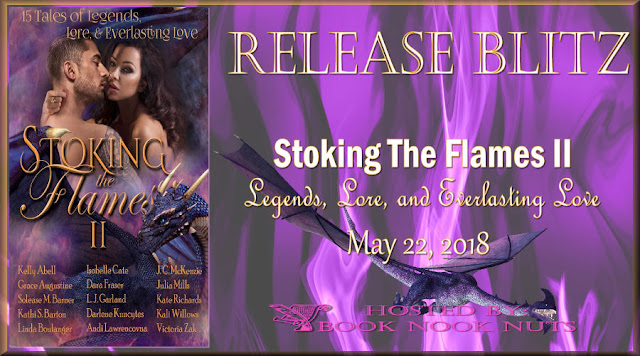 Amazon Global: smarturl.it/4v505w Kobo: https://bit.ly/2HU9LLW iBooks : https://apple.co/2qOwq4C B&N:  https://bit.ly/2qWcGeF https://www.goodreads.com/book/show/39910976-stoking-the-flames-ii https://youtu.be/3Od2nTBMAxY Find love in the clouds. Go back in time. Spring into the future. Soar on the wings of magic. Discover the legend of Fate, Destiny, True Mates and a Forever Love that’s written in the Stars. Take flight with fifteen amazingly talented bestselling authors as they bring these special Dragons to life. In each life changing journey you will see that the heart gets what the heart wants, happily ever after is so much more than simple words at the end of a Fairy Tale, and Dragons prevail no matter the time, place, or obstacle. Join the Event !!! https://www.facebook.com/events/450090695429281/ Child Of Grace by  Kelly Abell Facebook  https://www.facebook.com/KellyAbellAu
Read more

I'd like to congratulate my friend and fellow TWRP author, Karilyn Bentley on her new release,  DEMON KISSED . Blurb: Gin Crawford, the world’s latest demon huntress, has no time to mourn her dead lover as she’s called in to determine why a demon attack occurred at the local medical school. And not just any demon, but the one demon that gives her demon-killing bracelet the shivers. A dead professor, a lab full of missing anthrax, and a demon who turns good people into minions complicate her life. Can Gin and her mentor Aidan Smythe solve the mystery of the missing anthrax and the identity of the demon before someone else dies? Excerpt: The scent of sulfur hangs in the air like a demonic stink bomb. I want to slap a hand over my nose, but no one else seems affected by the stench. Must be a demon huntress thing. “ Justitian ,” Smythe mutters. “Not demon huntress.” “If you don’t like my new title, then stay out of my mind.” He glares. I swallow. Cross my arms. Refuse to
Read more